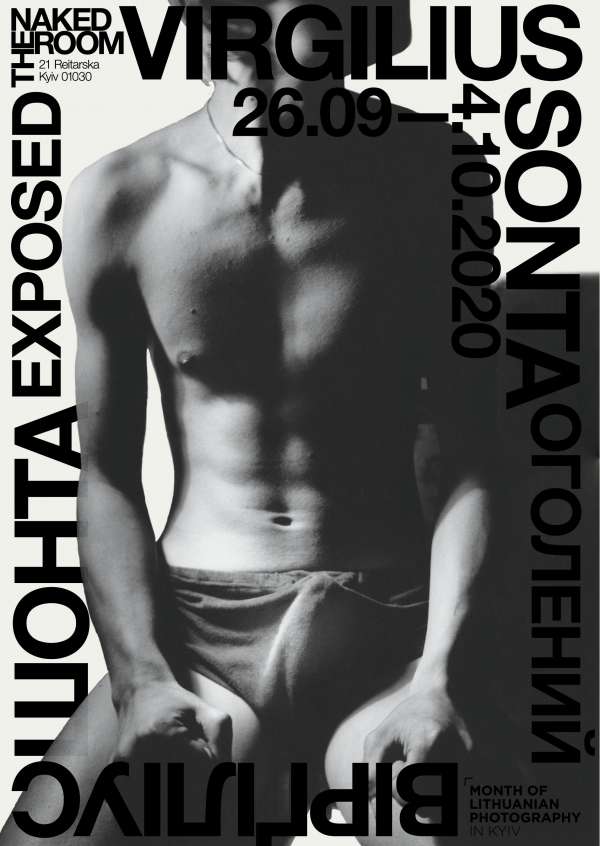 Virgilius Sonta is famous in Lithuania and internationally as an author of reportages, still life photography, and social documentary series. During the 1980s, while working on the well-known commissions about ecology, subcultures and inclusion tooics, Virgilius also held a series of photo sessions with male models. His professional reputation and position of a responsible secretary of the Lithuanian Photographic Artists' Union were in contradiction with Sonta’s homosexuality and interest in the male body in photography.

Everything that was hinting at male sensuality, or blurring and undermining the conventional socialism canon of masculinity, or publicly empathizing the otherness– all these were considered by the society as “sodomy”. Because of this, male nudity was prohibited and seen as being a part of homosexuality and pornography propaganda. And although Lithuania along with other Baltic countries were considered to be the freest and the most progressive Soviet Union republics, the naked male body and free choice of sexuality stayed under the government control and behind "public morality".

Sonta’s male nudes are plastic studies about corporeality. The archive of the nudes contains nearly the hundred of films. The author with his friend and colleague Romualdas Požerskis, also a photographer, had created a selection of photos, yet hadn't printed them personally before his timely death. A part of this selection is represented in the exhibition.

Sonta’s heroes are young men, friends, gymnasts. Their bodies are alike a fan that folds and unfolds, creating intimate vibrancy between the photographer and a model. In Sonta’s practice photoshoots of male nudes take a special place. These photos became the most intimate works of Virgilijus, in which he poeticized and chanted those, who was captured on them.

The conflict of public and private, the socio-political requests, one way or another, had a significant influence on life and photographic practice of Virgilijus Sonta. Too little was taken from the common aesthetics of that period, as well as from the Lithuanian School of Photography tradition. He hadn’t been accepting his sexuality as a part of his identity for a long period, trying to cure and ignore something that society stereotypically considered as unacceptable. But, after two marriages and happy experience of parenthood, with the support of his close ones, Sonta had spent his last years in a long-desired harmony with himself, surrounded with dear people around.

“Photography helps to connect with the world. If we want this transition to be not imaginary, but genuine we have to see the world through the eyes of otherness. The world is revealed more clearly if we rescue to take a step beyond the usual order and try to renew ourselves”.
Halyna Hleba, curator of the exhibition.